My name is Tom Miller, and at the moment I’m a Labour Councillor in Brent, NW London. 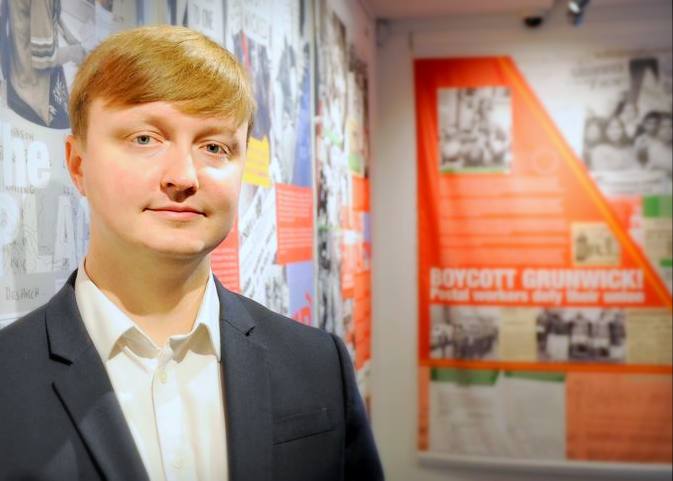 I’ve worked in PR, did marketing for the Labour left magazine Tribune, organised election campaigns for Harrow Labour, and worked for the charity Rethink Mental Illness, both as a bid writer/grants manager and in political campaigns. I was also one of the founding editorial staffers at LabourList some years ago.

These days I am a full time member of the Council Cabinet in Brent, where I serve as Lead Member for Community Safety, and previously held the wider cast brief of  ‘Stronger Communities’.

Most of my job now is about stopping crime, clamping down on people who break regulations, preventing extremist violence and hate crime, and building better community cohesion. In the past I was also responsible for leading Brent’s successful bid to be 2020 London Borough of Culture, which I’m proud of and really excited about.

I represent Willesden Green ward, and I’m passionate about working with my residents to make it a just and sustainable place to live. You can find out more about my Council work here.

My Dad has worked most of his life on railways so I’ve lived in a lot of different places. Though born in London I spent my childhood in Newcastle upon Tyne, and part of my adolescence in Woking. I studied and worked in Manchester, before moving to London as an actual adult. Overall, I think the North East has done the most to shape me, despite my muddled accent.

I enjoy politics to an unhealthy level. I like to work with people who have a range of outlooks both in Labour and my Council role, and I generally try quite hard to keep an open and constructive spirit, as long as that’s what I get back. Which isn’t always the case, mind.

I co-chair the grassroots activist group Open Labour. I consider myself of the broad left within Labour and I have a long record of campaigning for a more democratic and transformative type of Labour Party.

I joined Labour shortly after the beginning of the Iraq war, partly as an act of protest, partly as a shift from being an unaffiliated Communist in my teenage years. I remain inspired by Robin Cook’s approach to that conflict, a key voice in my early political years, but also by his Tribunite political tradition – a practical, friendly, green and internationalist streak within the democratic left. At Open Labour our task is basically to renovate this, give it a strong place in the modern left, and organise around it.

In fitting with all this, whilst I have broadly supportive of the types of policies in Jeremy Corbyn’s policy platform since long before he was leader, I remain a strong critic of certain tendencies among socialists both inside and outside Labour – centralism, retro thinking, toleration of cranks, romanticism.

My outlooks are also quite inspired by slightly more academic outlooks, namely the writings of Antonio Gramsci, Nicos Poulantzas and Stuart Hall, by the people in our trade union movement who campaign for fair treatment and workplace power, and by my experiences working with the left in Labour’s youth movement – especially with comrades from our sister parties. I’m more convinced than ever that our work to build democracy against private profit must start in the home and workplace, but expand to take place over borders.

When it comes to general political interests, I am mainly interested in how power and popular outlooks in wider culture (‘common sense’) interact with each other – how political formations organise themselves and dominate, how we shift the centre ground of debate towards our beliefs, how debates are framed, how we help to shape how the bulk of people think as they go about their everyday lives.

Regarding all of the above, ultimately, there’s nothing wrong with having some high-minded inspirations or ideals as long as you can ground yourself and get stuff done. What keeps me going with all this is real people and the difference politics can make to every day lives.

I’m not into personality politics but I get that it helps pin people down. The sorts of MPs I see as promising from my standpoint are people like Alex Sobel, Lloyd Russell-Moyle, Catherine West, Marsha De Cordova, Angela Rayner, Emma Hardy, Clive Lewis, Rosie Duffield, Chi Onwura, Andrew Gwynne. These are people I agree with often and whose abilities I rate, and there are probably a good few more.

I have guilty soft spots for John McDonnell and Tom Watson, both problematic faves for my bit of the left but well thought out people I respect. I’m also a fan of all of my local MPs in Brent.

I also have a personal life, a shocking fact. My Dad still works in railways, though at a senior level now. My Mum is now a headteacher. Both have worked their way up from the floor. My two younger brothers are full time heroic and deserve your respect.

In terms of leisure stuff I’m pretty into punk music (used to have a mohawk, eesh), also reggae, and a bit of indie. I like the odd gig  or festival (standing at the back these days), club nights, and pubs aimed at elderly Irish blokes.

I like cooking at home on weekends, and for my sins I support Sunderland AFC.

On which note, what more can I say but ‘keep the faith’.