Some Corbyn backers on the left of the Labour Party are losing optimism fast. Hope is of course necessary, but I’d argue that a bit of intellectual pessimism is always healthy anyway, myself.

Some of those I’ve witnessed on social media are manning the defences, making the perhaps valid argument that “it’s not the policies” which are costing Labour support. I’ve found that a predictable but still ‘difficult to understand’ reaction, because most people outside party politics wouldn’t even think that’s an argument worth considering either way. I’m not saying policies don’t matter, but people don’t literally sit down and read manifestos, do they?

Example: if you mess up how you pay for a policy, to many people that says a lot more about you and whether you deserve support than the actual policy itself.

Then you have how these things come through our own personal histories, ways of explaining things, media and leisure choices, our local areas, and experience of the world – what we might politically call ‘culture’. In addition to our emotions, which are important and powerful, there is plenty of intellectual stuff which isn’t conscious or examined – a normal part of life. Like, for example, which assumptions affect our judgement of the facts we are given when we think about something political. “It says here someone was claiming benefits – what do I already think of that?”.

The fact that anyone would ever simply assumes that the debate about Labour and its leadership is a debate solely or mostly about policy only shows how unusual – well, weird – people active in politics tend to be.

Policies matter, but they don’t stand alone, and are only part of the picture.

Tony Benn famously said that politics is about policies, not personalities. It would be a lot more fair to say that it should be. But of course, really it’s about both, and plenty more.

Update: what could really say it better? 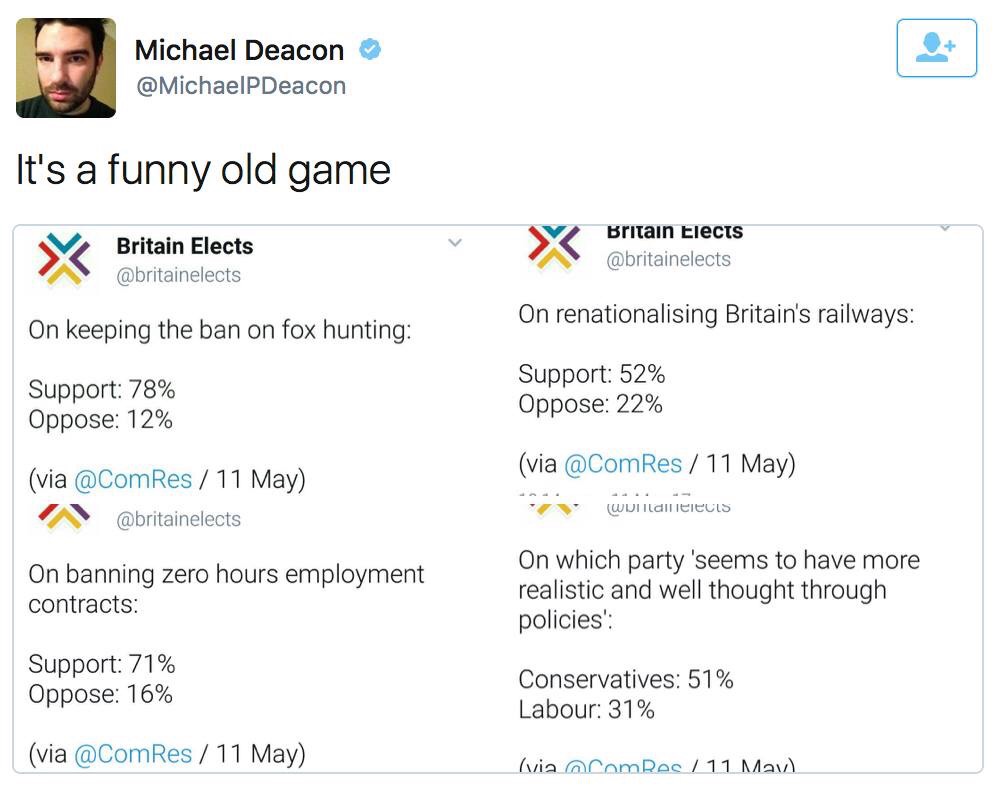