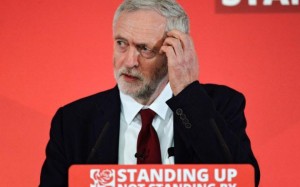 “There are decades where nothing happens; and there are weeks where decades happen”.

It’s been a big week. As with many posts, I’m adapting this from a facebook comment, and hoping to preserve it so I can remember what the hell I was thinking. If you’re reading it, know that you are secondary, puny audience.

I wanted to put up a quick critique of the Corbyn political project which maps some of the arguments typically employed by supporters – I have lost track of what the professional part of the project itself is trying to get across, to be honest. At least this smokescreen/fog of war type approach has some kind of communicative value!

Just to explain the contest, a friend who is a Corbynite posted a link to this video, and criticised it for bowing to the frame of electability, where Corbyn should, according to said friend as I understand him, not have to justify himself, but instead confront the value of the argument used by Corbyn’s critics. It’s worth a watch.

I think whether people value the frame of ‘electability’ is a key conceptual divide and contradiction among Corbynites (for there are many of those). It is also the key ‘weapon’ of his critics on the right of the party who suspect he is vulnerable, and an important ‘concern’ for critics who comre from a soft left or Gramscian perspective.

From this angle (one I share), Corbynism represents a ‘primitive historic bloc’ – or to put it simply, something that represents a ‘good start’ for the left in terms of establishing its ideas and leadership, but only that. The real problem of the current juncture is that for some, this ‘good start’ has stalled, or started rolling down a hill with the handbrake on – a proper bloc can only be formed by building towards a social majority, but the project seems more concerned with holding support that it already has, to the extent that its ability to build seems crippled.

For those critics Corbyn has who are of the left rather than the centre, a failure of electability overlaps heavily with this concept, and is also conveniently wielded as a weapon by those who are fundamentally hostile to Corbyn’s ideology. If his backers were in a listening position over the last few months, this would have been taken on board and responded to. Instead however the response has been ultra defensive and has largely walled off the leader himself, behind a cotery of like-minded advisers and thousands of activists who don’t really do nuance.

For a sensible person, his actual electability can be gauged to an extent, via polls and the like. But whether he is electable is neither here nor there – it’s the fact that having banged on about non-voters during the leadership election, he now doesn’t seem to understand or discuss how. And this applies to ‘persuading the populace’ as much as getting them to vote for you – in other words finding outsiders a place in the ‘bloc’. And this is deemed acceptable, nay, noble by the project as a whole. Why, I cannot understand.

What’s the theory of change? 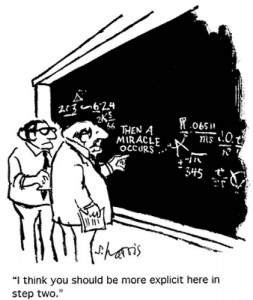 So there are two types of challenge that more thinky-type Corbynites identify within the ‘electability’ frame – the inside challenge (Corbyn actually is electable and you aren’t giving him a chance) and the outside challenge (elections aren’t very important / elections are not important at all). In both cases, elections are not actually that far from the concept of majority support, and act as a convenient cipher. So I would argue therefore that this outlines a split between a perhaps unjustifiably hopeful reformism, and an outright Leninist contempt for the view of the social majority, certainly as expressed through ‘bourgeois elections’ in contemporary Britain.

How far do those distinctions sink, and what are the core arguments used for support of Corbyn? Here’s the facebook comment.

If people genuinely believed that the right should be challenged within the frame of electability, we would have some kind of electoral strategy. So I don’t think it does operate within the frame except when on the defensive (hence the video). But it also fails to challenge it adequately by basing any of its behaviour on a desire to win.

But this is happening within an electoral party, and in itself represents an ultra-left perspective, so over time I would expect it to become less and less significant if any of the members keep meeting people who aren’t already on the radical left.

As far as I can see, the Corbyn platform either seems to be about one or more of the following headings, just to map the arguments:

a) ‘speaking your mind will always win’ type naiveté, cementing its position as the start of some historic bloc, but certainly not the middle or end; in the most extreme cases actively rejecting the idea of political strategy, objective setting, or any serious debate about it. Overlapping this, platitudinous slogans about New Politics (the soft left / post-Gramscian accusation);

b) ‘The country is already really leftist, stop debating (‘undermining the leader’) and ‘get behind him’ (mindless loyalism – an appeal to authority);

c) I don’t like Blairites and think they are unelectable so Jeremy is immune to critique/will definitely win (false dichotomy);

d) Elections are either relatively or totally unimportant (abandon your reformism, labourite revisionists).

e) Backing Corbyn without critique is imperative because my faction is the only left I can trust, and it must maintain influence (sectarianism).

In the meantime, there is more to read on this type of stuff, here.