He was not interested in the sterile opposition to Thatcherism and its ideological cousins but in formulating the kind of response that could actually defeat it.

Not only did he remain faithful to principles of equality, humanism and social justice. He held them so dear he did not want to see them sacrificed at the altar of cheap rhetoric. He was not interested in the kind of formulaic “left” responses that offered solace but no solution. “If we are correct about the depth of the rightward turn, then our interventions need to be pertinent, decisive and effective. Whistling in the dark is an occupational hazard not altogether unknown to the British left.

I was a revolutionary socialist in my teenage years (wasn’t everyone?). Given my innate distate for street hangings and labour camps, by the time I went to University, I decided I was a Bennite. I’ve never been the kind of person that never likes to change, and I like myself to be open to influence.

Stuart Hall was a Marxist, and a massive influence on me. He believed in a Marxism that was fluid, dynamic, rooted in the real world and the politics which took place there rather than abstractions in books, or economic gospels and dogmas.

Although an intellectual enemy of ‘Marxists’ who are so sure of themselves that they politically ignore others, he was a virulent critic of the culture of the right-wing press, and the cutural currency they so succesfully pour into our everyday conversations. In particular, his work on race and perceptions of it is absolutely masterful.

The main thing that influenced that was conversations in pubs, and doorsteps doing Labour campaigning, or with my family. 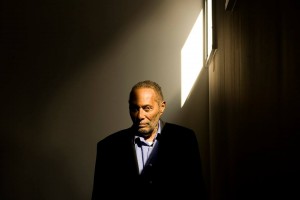 Like Hall, this long evolving personal experience emphasised the pressure that Thatcherism and its supporters had put on society, and how this had fundamentally changed the culture of working class people at both the lower and upper end of that designation. The way people debate. What they joined, or didn’t. How they like graphic design, or conversational style. What they wanted from their own life, and how that related to their communities.

The Left’s resistance to cultural change is reflected in our everyday practices and languages. The style of propaganda, party political broadcasts, of much educational and agitational material locks us into very traditional and backward-looking associations. Our political imagery is even worse in this respect. We virtually fought the 1983 election on the 1945 political programme.

I am not suggesting that the Left can survive without a sense of history. Our own people know too little, not too much history. But developing a real popular historical consciousness on the Left is not the same thing as thinking the present in the language and imagery of the past.

Reading Hall gave language to the years I had experienced, what I had heard from people, and what I expected from them.

It gave me an understanding that understanding that thinking in this fashion was one of many key preconditions for succesful political activists, movements, or intellectuals. You shouldn’t have to explain to socialists the importance of listening to and recognising popular sentiments and how they evolve, but sadly I was in need of that, and many more are.

Hall made me completely rethink my position on what kind of left I believed in. This thinking does not just apply to the Labour Party, but to the style of the left as a whole. It is sad that I still have to speak about its applicability in the present tense and that he wasn’t simply universally heeded.

He appealed to the Marxist core which remained in my thinking as a Labour Party member (and still remains, albeit altered by Stuart Hall). His work and that of those who inspired him (Poulantzas, Althusser) appeals just as much to people who are members of the SWP, for example.

To someone who was a Bennite, being open to his thinking meant departure, opening one’s mind, and to embrace something a lot less solid and comforting: a vision of the left that actually recognised changing culture around itself, and was willing to adapt to it (whilst still remaining solid against neoliberalism). We might not be able to rely on tradition, on past policies, on unchanging styles and organisation forms, or historical determinism as some kind of faith-demanding prophecy. In fact, to do so neglects our duty to people who work or are socially oppressed under capitalism.

Since I was about 20, Hall’s blend of leftist principle and rooted, practical application has defined my politics, and I haven’t moved since. I am glad I believe in something I  think about and that takes into account other people and the world I am in, rather than simply following something I feel without thinking, and as a divorced individual rather than as part of society or real life.

But I can’t thank Stuart Hall for things I learned myself from complex, changing webs of those around me, or how I choose to pass that on. I suppose that’s exactly what he would have wanted.

You can read two of Stuart Hall’s most influential pieces here and here.